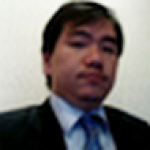 The Android NDK is a companion tool to the Android SDK that lets you build performance-critical portions of your apps in native code. It provides headers and libraries that allow you to build activities, handle user input, use hardware sensors, access application resources, and more, when programming in C or C++. If you write native code, your applications are still packaged into an .apk file and they still run inside of a virtual machine on the device. The fundamental Android application model does not change.

Using native code does not result in an automatic performance increase, but always increases application complexity. If you have not run into any limitations using the Android framework APIs, you probably do not need the NDK. Read What is the NDK? for more information about what the NDK offers and whether it will be useful to you.

The NDK is designed for use only in conjunction with the Android SDK. If you have not already installed and setup the Android SDK, please do so before downloading the NDK.

The sections below provide information and notes about successive releases of the NDK, as denoted by revision number.

This release of the NDK includes new features to support the Android 4.0 platform as well as many other additions and improvements:

New features
Experimental features
You can now build your NDK source files on Windows without Cygwin by calling the ndk-build.cmd script from the command line from your project path. The script takes exactly the same arguments as the original ndk-build script. The Windows NDK package comes with its own prebuilt binaries for GNU Make, Awk and other tools required by the build. You should not need to install anything else to get a working build system.Important: ndk-gdb does not work on Windows, so you still need Cygwin to debug.This feature is still experimental, so feel free to try it and report issues on the public bug database or public forum. All samples and unit tests shipped with the NDK succesfully compile with this feature.
Important bug fixes
Other changes